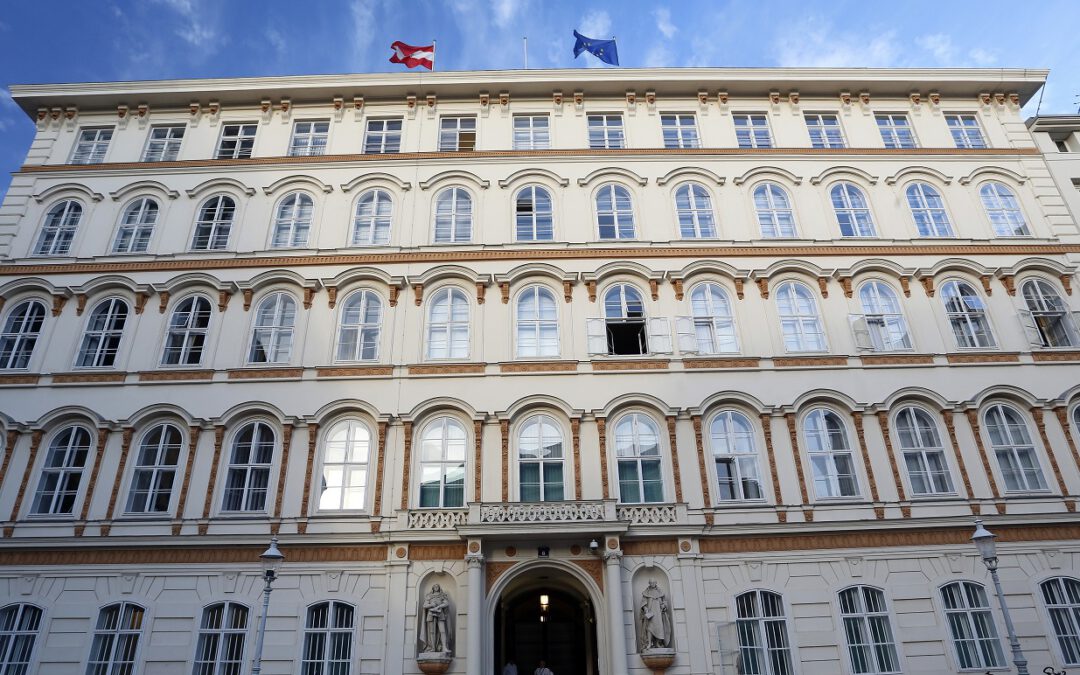 Bishop Michael Chalupka of the Evangelical Church of the Augsburg Confession in Austria and CPCE General Secretary Mario Fischer visited Alexander Schallenberg, the Austrian Minister of Foreign Affairs. The purpose of the meeting was to present the CPCE as a European protestant organisation based in Vienna.

In the face of the current situation in the Moria refugee camp on the Greek island of Lesbos, the role of Austria in a common European migration and asylum policy was a focus of the discussion. Bishop Chalupka stressed the necessity of legal humanitarian access to Europe and called on the Austrian government for a resettlement policy, “which is oriented towards the needs of vulnerable people”.

“The Protestant Churches in Europe need to advocate to their national governments a fair distribution of refugees in the EU and safe passages for refugees to the EU,” underlined Fischer.