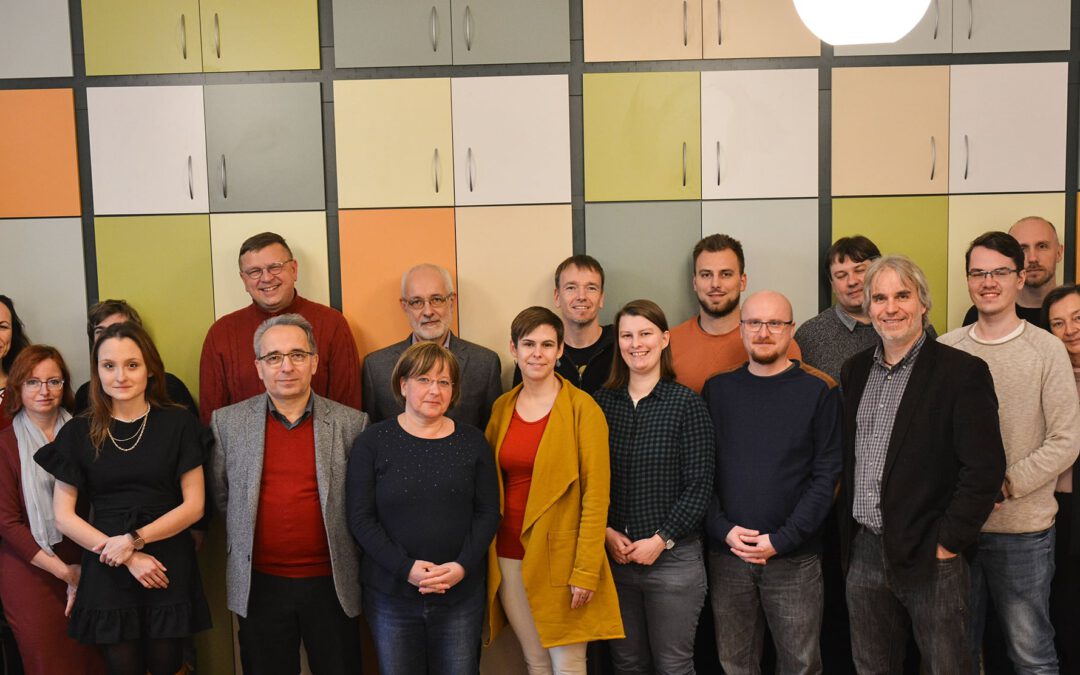 On 10/11 December 2021, the synod of Leuenberg Churches in the Czech Republic was hosted by the Evangelical Church of Czech Brethren in Pardubice. The synod is one of the instruments of communication between member churches of the CPCE in the Czech Republic, and it usually meets every other year. This rhythm was interrupted by the pandemic situation, postponing the regular meeting by one year. The thematic focus of the synod in 2021 was the work that churches are doing with and for young people.

Each synod meeting starts with an ecumenical worship service. The subsequent agenda then includes a lecture on the main topic, presentations of individual churches, and discussions. The 2021 synod recommended preparations for ecumenical services of worship and events for young people to mark the 50th anniversary of the Leuenberg Agreement. It also suggested collaborating to seek inroads to talking openly about gender-related issues in churches. The meeting elected a new Presidium, consisting of three women: Jana Křížová (The United Methodist Church in the Czech Republic), Jana Hofmanova (Evangelical Church of Czech Brethren) and Hana Tonzarová (Czechoslovak Hussite Church). The next synod will be hosted by the Czechoslovak Hussite Church.

The member churches of the CPCE in the Czech Republic founded their “Leuenberg Synod” in 2000 – a major initiative of Professor Pavel Filipi, who was at that time a member of the Executive Committee of the Leuenberg Church Fellowship. The underlying idea was the perceived need to realise and live out church communion in local and regional settings. The synod cannot make binding legal or administrative decisions, but the ideas and suggestions that arise at its meetings are passed on to the leadership of the member churches. The synod also discusses together the documents produced by the CPCE.

The five member churches in the Czech Republic also cooperate on different projects. In 2013, to mark the 40th anniversary of the Leuenberg Agreement, they co-published a prayer book called “Daily Reading” with short devotions based on the Moravian Daily Texts. The Czech version of the Leuenberg Agreement was printed in the appendix to reach a wide audience. Since then, this prayer book has been re-published every year in increasing numbers, and further churches are also joining the project.